Keterangan
Representative List of the Intangible Cultural Heritage of Humanity 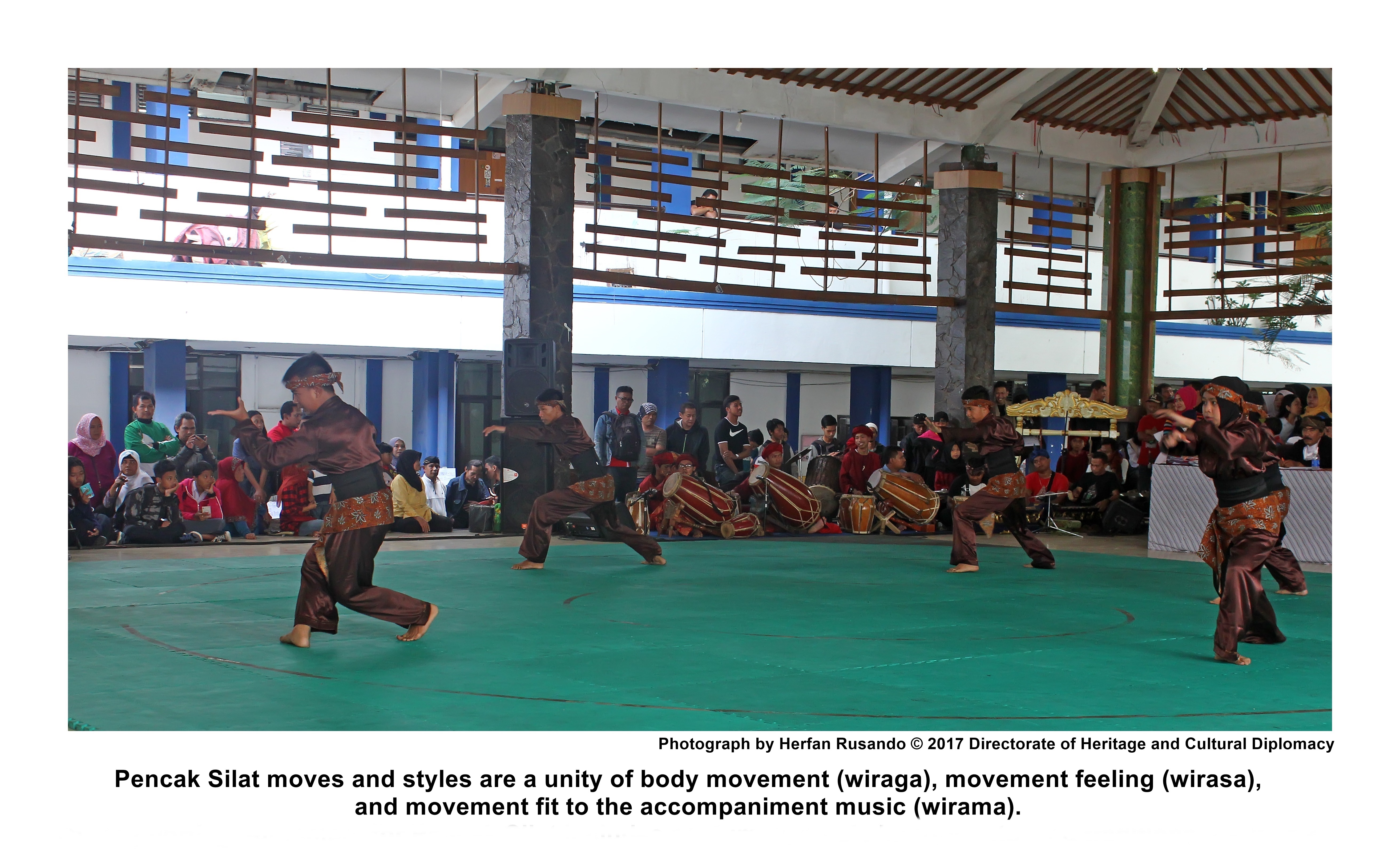 Although better known worldwide as a type of martial arts, Pencak Silat is actually an Indonesian tradition that has been transmitted over many generations. In addition to its sporting aspect, the Pencak Silat tradition also encompasses the aspects of mental-spiritual, self-defense, and art. The term Pencak Silat is formed from two words, which are pencak and silat. The term "pencak" is better known in Java, while the term "silat" or "silek" is better known in West Sumatera, to describe a group of martial arts which have many similarities. In addition to using local terms, each region has their own move, style, accompaniment music, and unique supporting equipment. The moves and styles in Pencak Silat are strongly influenced by various elements of art. These moves and styles are a unity of body movement (wiraga), movement feeling (wirasa), and movement fit to the accompaniment music (wirama). The supporting equipment for Pencak Silat includes costumes, music instruments, and traditional weapons.

Pencak Silat practitioners are taught to maintain their relationship with God, human beings, and nature. These practitioners are also trained in various techniques to deal with attacks or other dangerous situations based on principles to protect him or herself as well as others, avoid harming the offender, and build comradeships. Pencak Silat is often performed during various ritual ceremonies and celebrations. Men and women of all ages, as well as the disabled, can all practice Pencak Silat. They usually will learn in Pencak Silat schools or academic schools from kindergarten to college.The social function of Pencak Silat is to strengthen comradeship among school members and among schools, maintain social order, and provide entertainment for ritual ceremonies. Another function is its use in healing muscle and bone problems.

The cultural meanings of Pencak Silat, which closely relates to the personal identity of each school and each of its members, varies among communities. The choice of accompaniment, including musical instruments, type of music, story, etc., as well as choice of costumes is essential in developing the aforementioned personal identity.

Cultural meanings are also conveyed in the oral traditions and expressions of each school. Most phrases taught in schools convey morale messages in the local language based on their values. Certain ritual ceremonies present a series of cultural meanings, such as the Palang Pintu ceremony in the Betawi culture, where men have to fight for their love, protect their family, adapt to the family of their spouse, while showing their capability in providing for their family. Similar ceremonies like Parebut Seeng and Begalan can be found in West Java and Central Java, respectively. 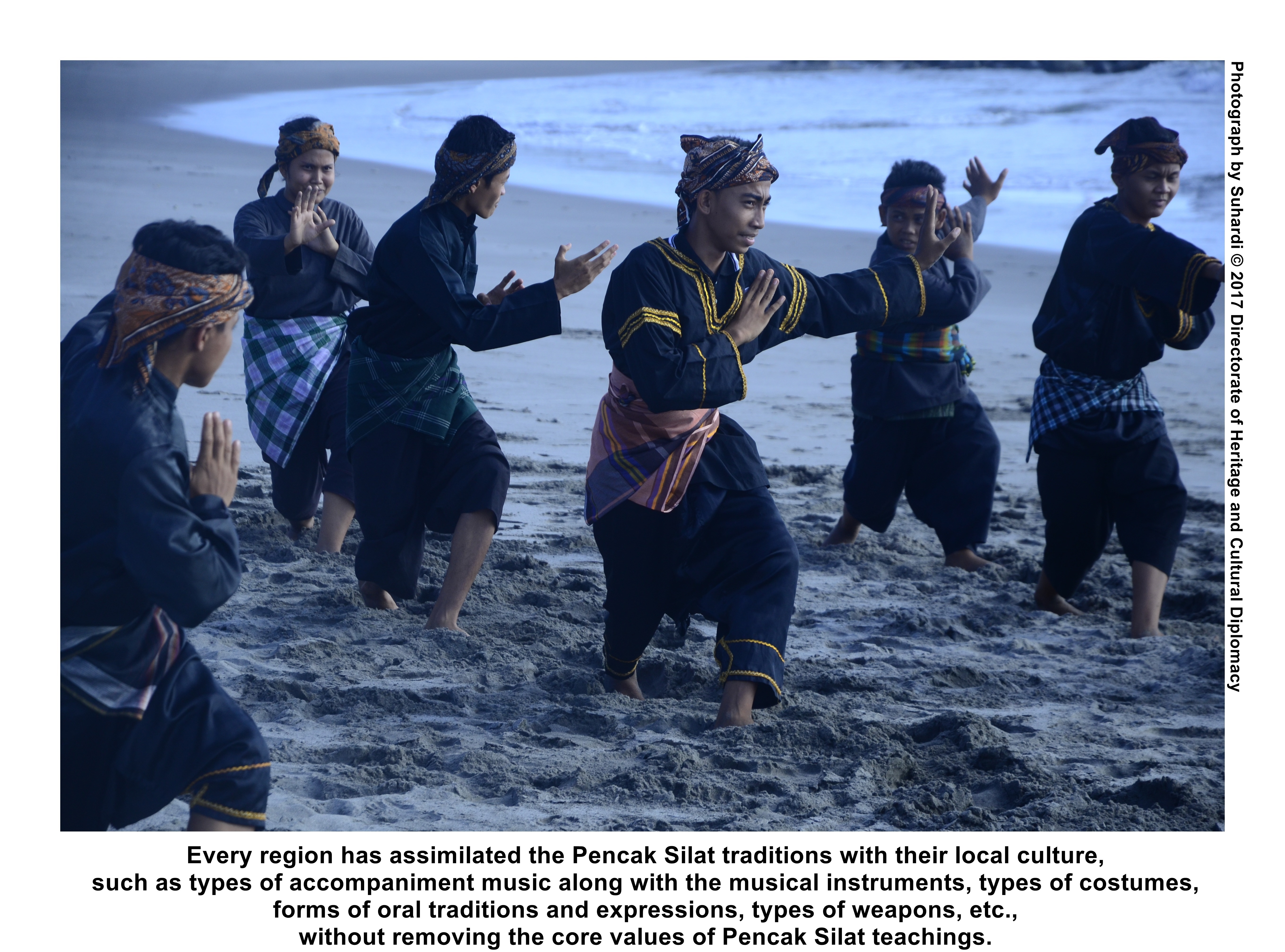 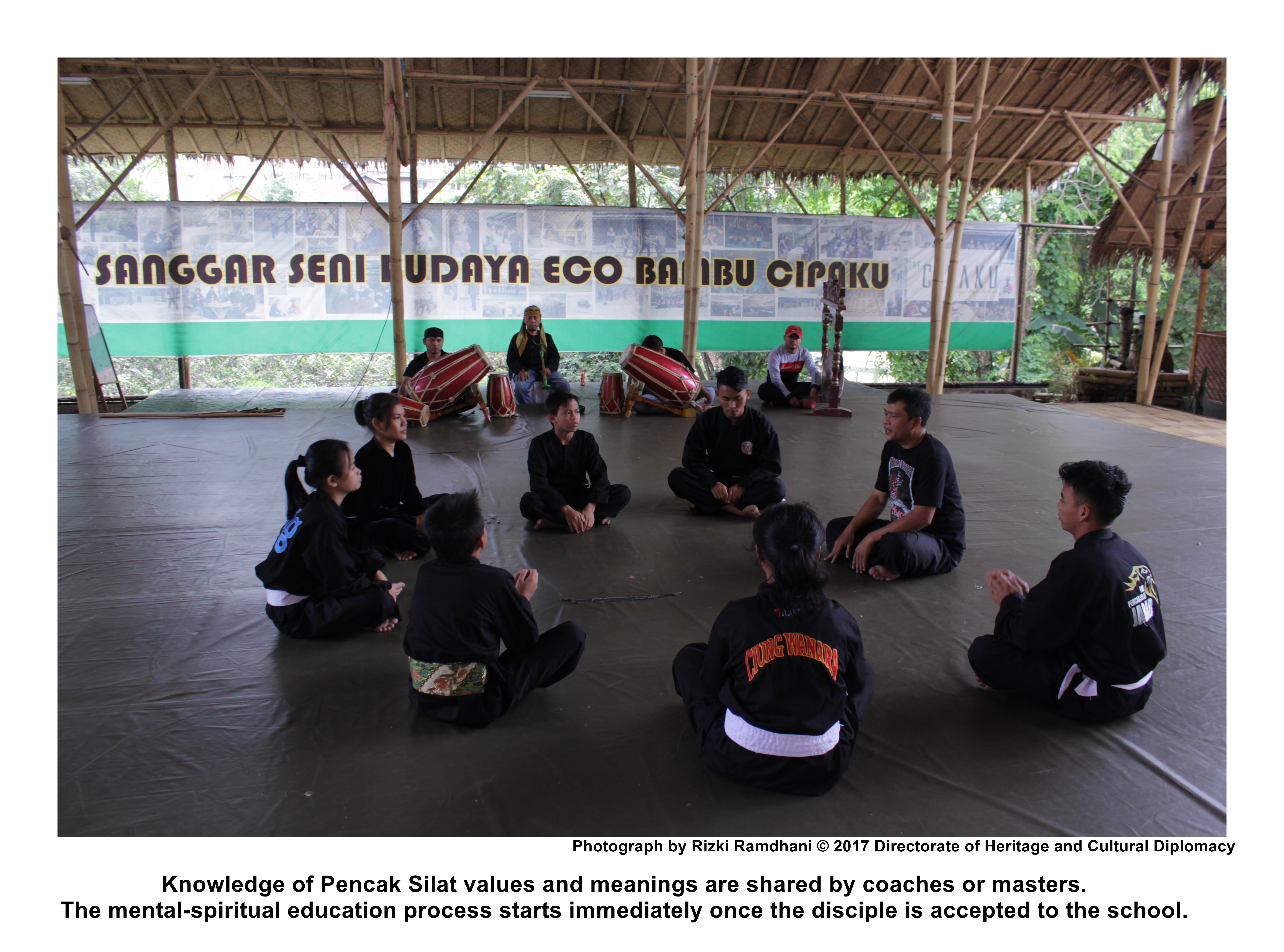 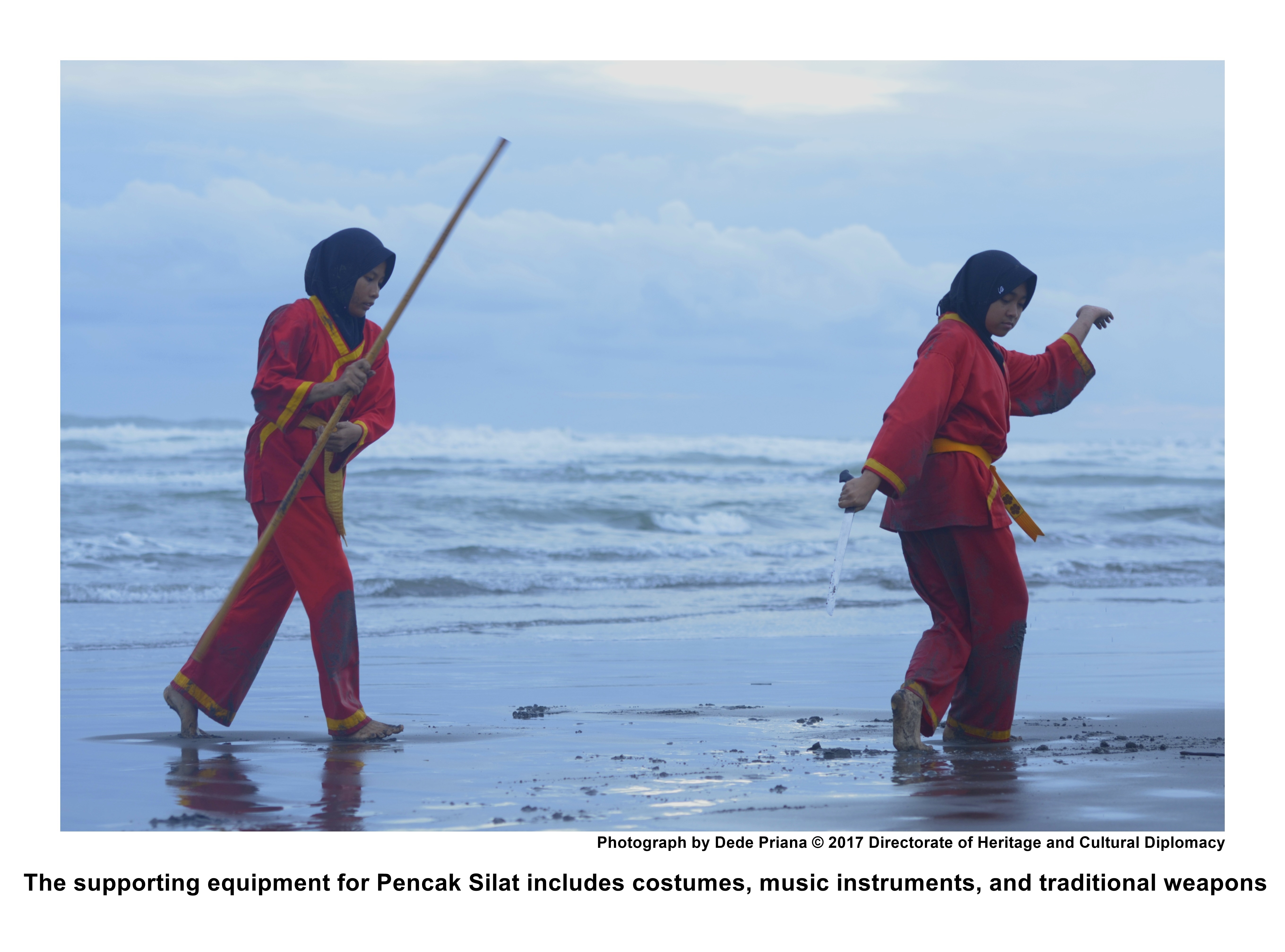